The first quarter was the most active in malware history and mobile attacks are moving to the forefront, according to McAfee data. Android attacks are also picking up. 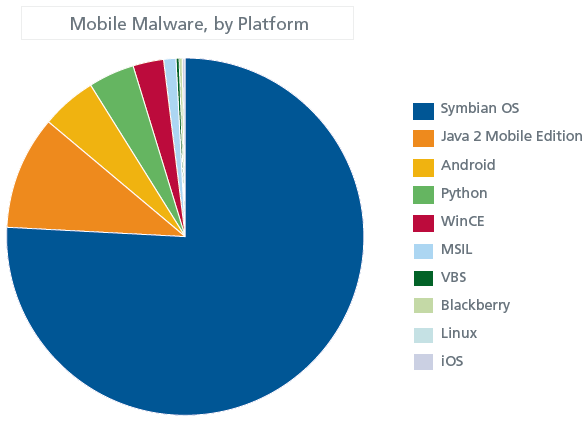 As for emerging threats, McAfee noted that Android devices are becoming malware havens. Android was the second most popular environment for mobile malware behind Symbian in the first quarter. Historically, Android remains No. 3.